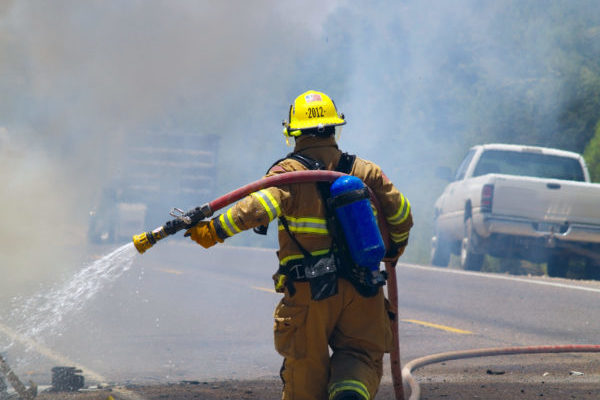 (Crystal City) Firefighters in Crystal City were dispatched to a residence in the 100 block of Compton Drive on Monday afternoon in reference to an ongoing garage fire.

Crews got the call about a quarter-after 3 and Crystal City Fire Department Chief Tony Bova explains the scene once responding units arrived.

The fire was completely knocked down around 3:30pm. There was two people inside the residence at the time of the fire; however, no one was injured.

The occupants were asked to vacate the residence for the rest of the day.

The investigation into the cause of the fire is ongoing but does not appear to be suspicious.

Crystal City fire was assisted by Hematite and Jefferson R-7 Fire Protection Districts as well as the Herculaneum and Festus Fire Departments.