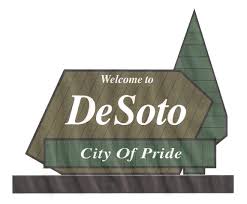 (DeSoto) The DeSoto City Council race in the upcoming April Municipal election will have five candidates running for two spots on the council. One of those running for another term is current DeSoto Mayor Kathy Smith. Another candidate is the owner of Mahn Funeral Home, Todd Mahn.

There are three other candidates running for the council according to City Manager Todd Melkus.

Residents of DeSoto will decide on which two candidates will join the city council in the Municipal election on April 4th.