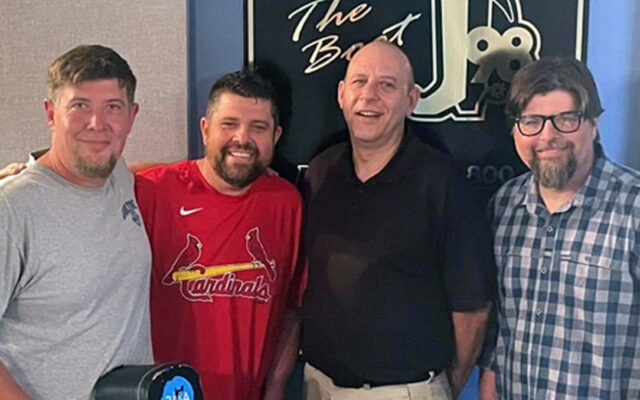 They have been seeing success this year with their latest E.P. titled “Sights and Sounds”.

The band is made of the three Sitze brothers, Chad, Andy and Dennijo who grew up in Madison County.

The brothers now live in Nashville and they tell us a little bit about their latest single, charting now on country radio, called “Shining Through My Window”.

The brothers describe another one of their songs called “In Another World”.

It came into fruition while they were visiting an establishment just outside of Nashville one night.

You can find the Flat River Band music and videos, along with their latest E.P. “Sights and Sounds” by going to their Facebook page, Instagram, You Tube or go to flatriverband.com.

The band will be performing not far from here on Friday night, September 10th.

They will play a show at the Historic Liberty Theater in Murphysboro, Illinois.