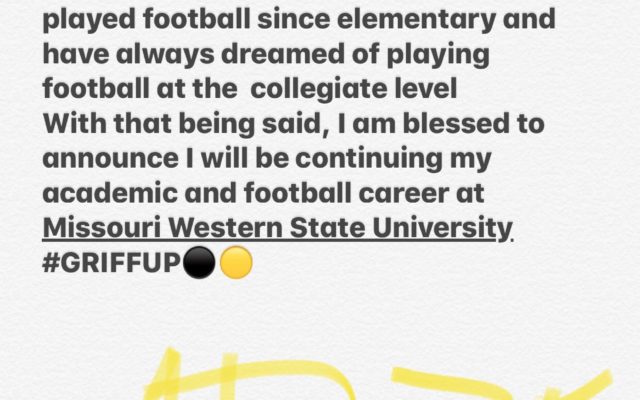 Dearing revealed the news on Twitter on Tuesday and thanked his mom, grandma, grandpa, and coaches Brent Tinker and Matt McKinney for being there for him.

Dearing says that he felt at home at MWSU.

Dearing responded to being asked what he hopes people in the Fox C-6 community will remember him for.

Dearing wants to coach football in the future and is looking at getting a teaching degree while attending Missouri Western State University.

The Griffons compete in Division II’s Mid-America Intercollegiate Athletics Association and went 9-3 last season. Their main rival is Northwest Missouri State which is home to a few of Dearing’s Fox teammates.