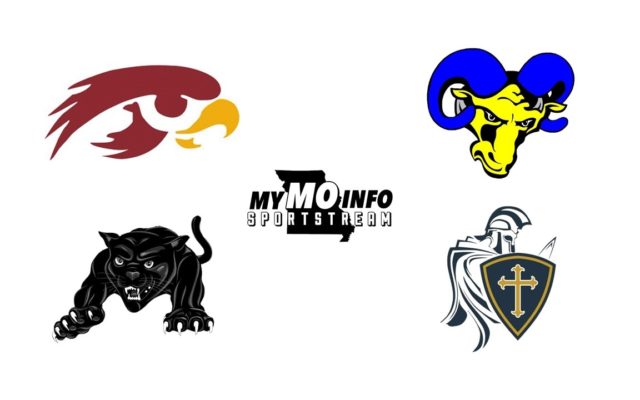 The Fredericktown Black Cats lost to the Kelly Hawks in the boys Class 3 District 2 tournament on the MyMoInfo SportStream tonight. Kelly started the game with a 7-0 run however, Fredericktown answered back with a 9-0 run of their own. The Hawks took the lead at halftime 25-18 thanks to some patience on offense and a buzzer beating three-pointer from Gavin Jansen.

The Black Cats rallied in the fourth, but fell short as the Hawks won 57-51 behind Gavin Jansen and his 27 points. Jansen was our Applebee’s of Farmington Player of the Game with 27 points.

Black Cats head coach Joaby Sikes is proud of his senior class and what they have accomplished as a group.

Kelly improves to 19-9 and have won their 8th game in a row. The Hawks advance to face Scott City in the Class 3 District 2 Championship while Fredericktown’s season comes to an end with a record of 12-14.