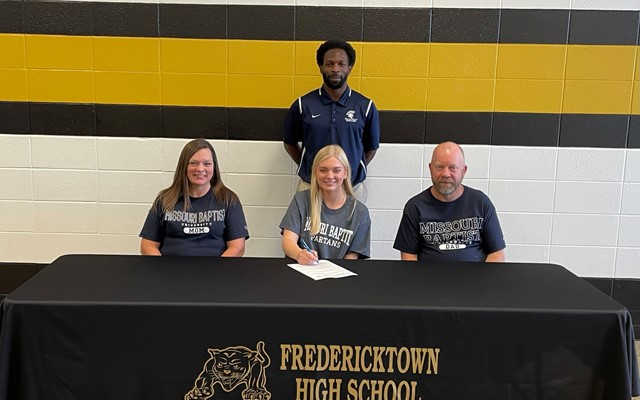 (Fredericktown) One of the premier goal scorers in the area will be continuing her playing career at the college level as Fredericktown’s Arika Buxton has signed with the Missouri Baptist University Spartans women’s soccer team.

With her sister Alayna already playing for the Spartans, Buxton says she chose Missouri Baptist to play alongside her sibling but also because it provides a faith-based setting.

Like every other spring sport athlete in Missouri, Buxton lost out on her junior high school season when the pandemic hit back in March.

She says while it was a challenging time, she was able to continue playing and honing her craft.

As an elite center-forward, the scoring numbers jump off the page for Buxton.

During her sophomore season in the spring of 2019, she scored 24 goals and helped lead the Blackcats to a 19-4 record, one of their best in program history.

Buxton says her primary focus is to never be outworked by the competition, but she is also always plotting her offensive attacks.

They will begin the second half of the season in the spring of 2021.