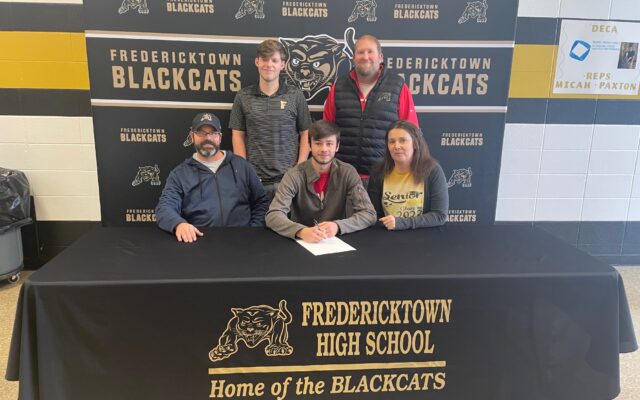 There’s a pipeline between Fredericktown and MAC as two of Dowd’s high school teammates currently play for the Cardinals. The senior tells us why he chose MAC.

A four-year player for the Blackcats, Dowd says he can play all over the pitch and would do whatever he can to help the team win.

Dowd was a captain for Fredericktown last season. He says he enjoyed being a leader.

Dowd says he has a lot of respect for Fredericktown coach Jamie McCoy.

The Cardinals went 8-4-2 in their second season as a program last fall making it to the Region 16 Championship game. MAC lost 3-2 to St. Charles.