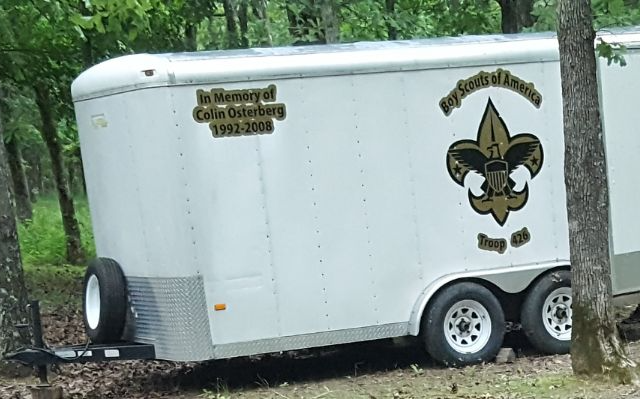 (Festus) Last month, a local Boy Scouts troop had their 14-foot trailer stolen from the Festus-Crystal City Elks Lodge property, and it hasn’t been seen since. The trailer which housed lots of camping equipment and lots of other items for Festus area Troop 426 was last seen at the end of April. Scout parents Erica Pollock and Kim Mooney says a Go Fund Me account was set up, and it took off.

The trailer still hasn’t been found, and thanks to the monies generated from the Go Fund Me, the troop plans to purchase a new trailer and replace all the equipment which was taken from the theft last month.