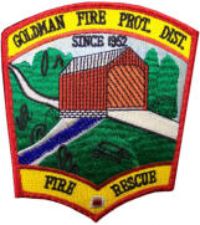 (Jefferson County) Firefighters with the Goldman Fire Protection District responded to a 2nd alarm residential fire in the 8600 block of Hillsboro House Springs Road on May 6th.

Chief Peters says firefighters attempted CPR on two dogs that were found unconscious in the home, but were unable to revive the animals.

The cause of the fire is still under investigation by the state fire marshal’s office.

Goldman fire crews also responded to a separate 1st alarm structure fire in the 7100 block of Grandberry Drive outside of Cedar Hill on Monday.

The call came in around 8:47 that morning and crews arrived on scene shortly after 9am.

Peters says all occupants and pets were able to make it out safely and the Red Cross is assisting the residents.

The cause of the fire has been ruled accidental.