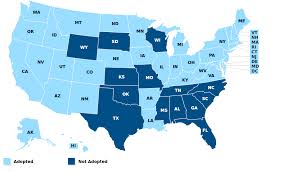 The Republican state leader says Missouri can’t afford that and he will speak out against a proposed constitutional amendment.

However, states that did expand Medicaid, the federal government paid the full cost of expansion through 2016.

Starting in 2017, the states gradually started to pay a share of the expansion cost but the states’ portion will never be more than 10 percent.

Because of that federal funding for Medicaid expansion, states that reject it are missing out on billions of federal dollars that would otherwise be available to provide healthcare in the state.

Backers of Medicaid expansion report they have collected about 90-thousand signatures on petitions in their effort to get the question on the November ballot.

If Missouri were to expand Medicaid, an estimated 200,000 people would be newly eligible for coverage.