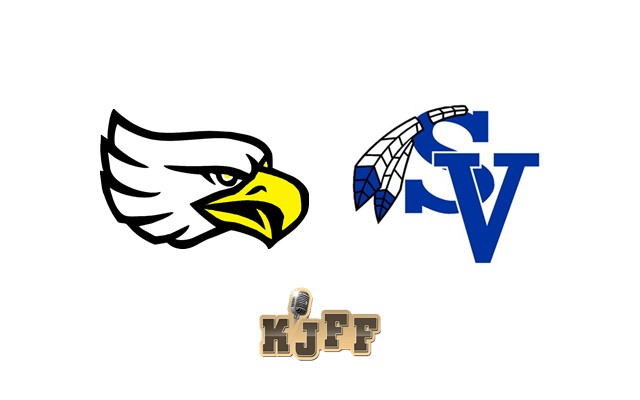 (Perryville) The Grandview Eagles meet the St. Vincent Indians in an I-55 Conference Showdown on Jefferson County Friday Night Football Friday on KJFF.

Both teams have taken the hectic nature of 2020 and managed to turn it into progress for their programs.

Grandview is in the middle of a historically successful season.

The Eagles have won more games than in any season since 2012.

And behind junior running back Chase Wilson’s 8 touchdowns and an improved defense, Grandview has a chance to clinch its first winning season since 2001 with one more victory.

Eagles head coach Dave Dallas says it’s been a joy to bring the program to life.

Grandview is looking to bounce back from a 42-0 loss to Jefferson that dropped the Eagles to 4-2.

Dallas says it will start with a strong defensive effort on the road against a hot opponent.

St. Vincent had to miss the first 2 weeks of the 2020 season because of COVID-19 issues, but after dropping their opener to a Valle Catholic juggernaut, the Indians have not lost.

Senior quarterback John Wibbenmeyer has stepped up in a big way in his first year at starter, but head coach Tim Schumer says his team’s success doesn’t surprise him.

While the Indians are looking to stay alive in the hunt for a share of the I-55 Conference championship, Schumer says having homecoming also looms as a concern for his coaching staff.

The Indians have won the last 7 meetings with the Eagles.