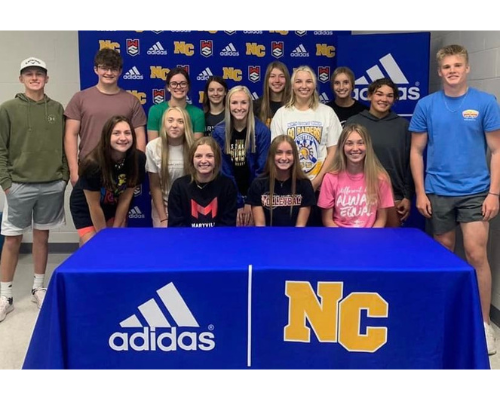 (Bonne Terre) North County Libero Hailey Harmon signed her national letter of intent to play volleyball next year at NAIA school Missouri Valley College in Marshall. Harmon says that MVC had the vibe that she was looking for.

In said practice for the Vikings squad, Harmon says she impressed the coaching staff by going all out on the court.

Harmon says none of this could’ve been possible without the support of her mother.

The senior libero helped the Raiders to their best season since 2015 and a second-place finish in the District Championships. She says that the difference this season was the amount of effort she and her teammates put in.

Harmon says two of her teammates pushed her to be the best that she could be in practice.

Harmon wants to study Physical Therapy at Missouri Valley. The Raiders volleyball team finished this season with a record of 22-9-2.