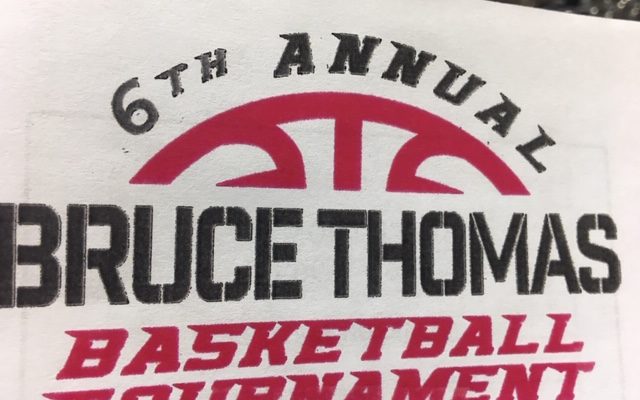 (HERCULANEUM) An exhausting pair of semifinals tonight in the 6th Annual Bruce Thomas Boys Basketball Tournament ended with Hancock and McKinley advancing to the championship.

In action heard on AM 1400 KJFF, the top-seeded Hancock Tigers held off the 4th-seededHerculaneum Blackcats 66-58 behind 27 points from Sam Richardson. After a tight first half, the Tigers began to pull away in the 4th.

Late free throws by Richardson secured the win for Hancock and its spot in the championship game.

In the 2nd semifinal, the 3rd-seeded McKinley Goldbugs slipped by the 2nd-seeded St. Pius Lancers 57-51 behind 26 points from Tyler Jones. The Lancers did a good job keeping pace with the Goldbugs, coming back from a double-digit halftime deficit.

With the Lancers up 51-50, a McKinley senior guard picked the right time to score his first points of the game.

Tyler Jones then knocked down four consecutive free throws to secure the win and McKinley’s spot in the title bout on Friday at 8:30.