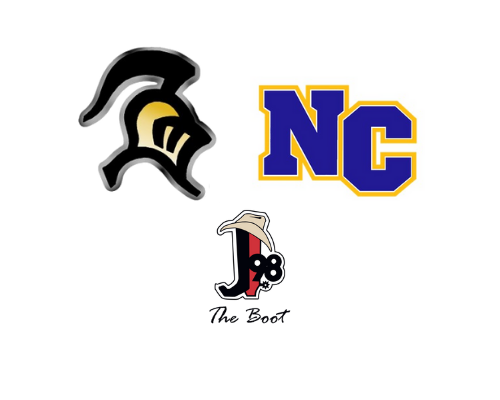 (Bonne Terre) After the Farmington girls won Thursday night, the boys teams will face off in Bonne Terre Friday night. You can listen to the game on J98 The Boot. The 9-7 Knights come into this game following a 28-point loss to Festus on Tuesday and have lost 3 of the last 4 games. Farmington coach Garrett Callahan says his guys are trying to work through their recent struggles.

This’ll be the second meeting between Farmington and North County this season. The 8-9 Raiders beat the Knights 65-55 in the second round of the Central Christmas Tournament. Callahan says it won’t be any easier this time around.

North County has also been trying to turn their season around. The Raiders had lost 3 of 4 before Tuesday night when they beat DeSoto by 35 points. North County has won the last five games between the two dating back to the 2019-’20 season.

Friday’s game is also the beginning of Heart Month where both schools compete to raise the most money for the American Heart Association. Last year the campaign raised nearly $23,000 for the A.H.A. The Fliegs Equipment Pregame Show will begin at 7:15 Friday night on J98.