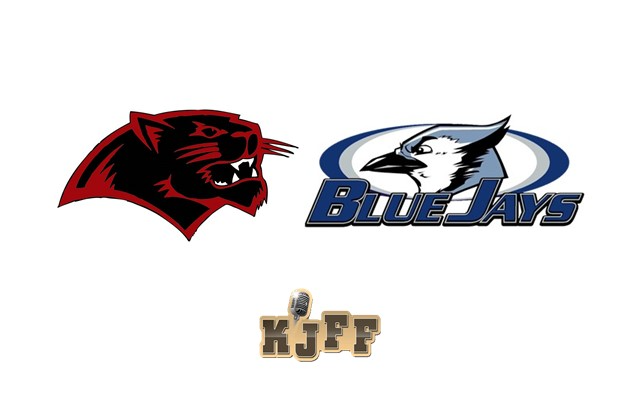 (FESTUS)  In games that were heard Friday night on AM 1400 KJFF and mymoinfo.com, the Herculaneum girls won their “Hoops For Hope” matchup at Jefferson R-7 High School by the score of 62-44. The Lady Blackcats had three players in double figures, Amia Moore with 18 points, Maria Castillo-Orellano had 13 and Haley Smith added 12. Herculaneum Head Coach Riley Blair implemented a full court press throughout the game that caused a number of Jefferson turnovers. Blair believes their defense made the difference in the game.

For Jefferson, they were missing freshman Halayna Loyd from the lineup as she suffered a concussion in Tuesday’s game with Windsor. Meagan Wood led the Lady Jays in scoring with 10 points. Herculaneum is now 8-7 and Jefferson slips to 11-8.

The boys “Hoops For Hope” game was one that featured several lead changes and it ended with Jefferson on top 65-63. Herculaneum’s  Gabe Watkins led all scorers with 27 points. Ethan Hoskins was also in double figures with 14. With 1.6 seconds remaining in the game, Herculaneum was able to inbound the ball to Gabe Watkins who barely missed a three quarters court attempt at the buzzer. The ball hit the back of the rim as the Jefferson faithful held their breath. Herculaneum Head Coach Jason Jarvis said he thought the shot was going in for the win.

Jefferson Head Coach Sean Breeze gave credit for the win to just about everyone.

For Jefferson, they were led in scoring by Max Schnitzler’s 18 points. Nate Breeze had 13 points and Sam Stokes contributed 12. Herculaneum is now 9-6. They will be at home Monday to play Hancock. Jefferson has now won four in a row and are now at 7-10   Jefferson will be at Valle Catholic Tuesday night. The 9th Annual “Hoops For Hope” games at Jefferson High School have brought about about cancer awareness and assisted families whose loved ones have battled cancer.