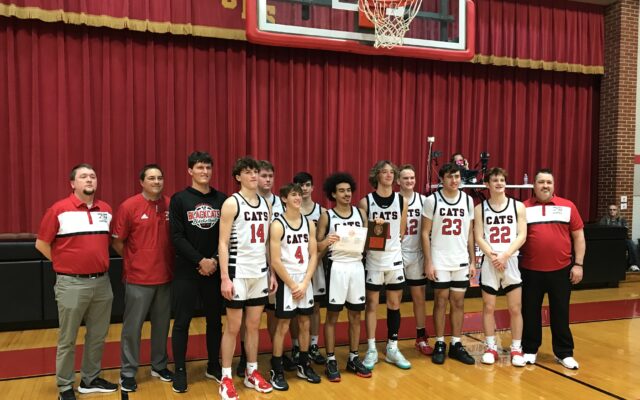 (CRYSTAL CITY)   The Herculaneum Blackcats are the 2022 Rolla “Duke” Herbert Basketball Tournament Champions as they defeated the St. Vincent Indians 51-42 at Crystal City High School. St.Vincent led 15-8 at the end of the first quarter and had a      24-20 lead at halftime. Herculaneum outscored the Indians 16-10 in the third to take a narrow 36-34 lead going into the fourth quarter. Herculaneum was led by Gabe Watkins who scored 25 points and was named the tournament MVP.

Jefferson Head coach Sean Breeze says he was impressed by his team’s toughness on defense.

The Crystal City Hornets won the fifth place game 61-40 over Grandview and the St. Louis Patriots won the 7th place game, 68-29 over McKinley. Both the third place and the Championship games were broadcast on AM 1400 KJFF and streamed on mymoinfo.com