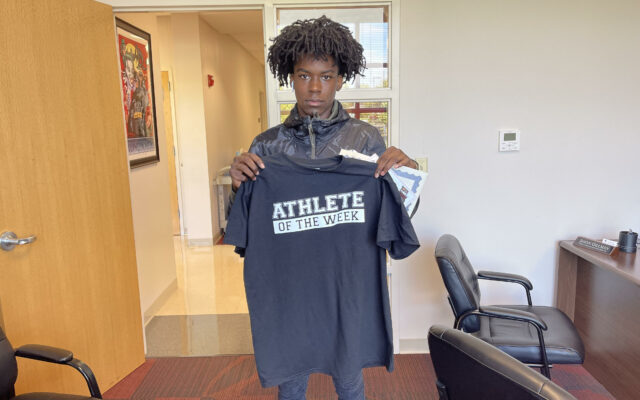 (Herculaneum) Herculaneum Blackcats senior DJ Johnson is saving some of the best football of his career for last.

His latest big game earned him the Applebee’s of Farmington Athlete of the Week.

Johnson rushed for 193 yards and 3 touchdowns in the Blackcats’ 24-10 win over the Perryville Pirates.

He says he and his teammates have been building towards playing well in one of their final home games of the season.

Johnson has rushed for over 400 yards during Herculaneum’s current 3-game win streak.

He says head coach Blane Boss makes practice a place he wants to be, but especially now that the team is playing their best football.

Johnson has had a strong season on offense, with 670 yards from scrimmage and 9 TDs.

Johnson ended up with 278 all-purpose yards in the win over Perryville.