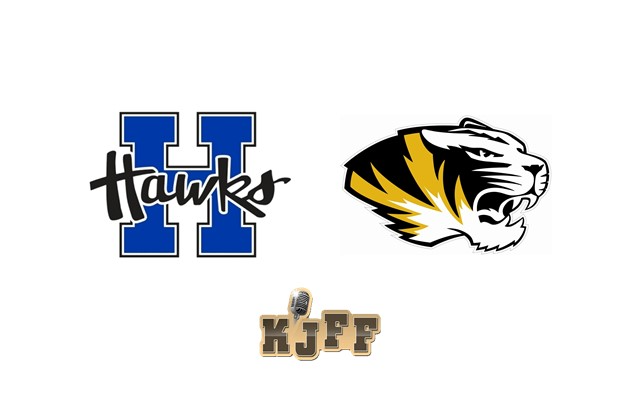 (FESTUS)    A big Jefferson County Athletic Association match up takes place Friday night at Festus when the Tigers host the Hillsboro Hawks. The game will be broadcast on AM-1400 KJFF. Festus is 10-3 on the season and are in the midst of a three game winning streak, all three wins came on the road at De Soto, Seckman and St. Clair.
Hillsboro is 10-4, they won at home on Wednesday against West County. It was was only two weeks ago when Hillsboro beat Festus in the Park Hills Central Christmas Tournament 61-58.  Hillsboro head coach Brian Sucharski says all of his players have been contributing to the Hawks success.

Meanwhile, Festus coach Jason Therrell says he has concerns about the Hawks.

Our coverage of the Hillsboro at Festus game Friday night begins with the “Flieg’s Equipment Pre-Game Show” at 7:15 on AM 1400 KJFF and MyMoInfo.com.