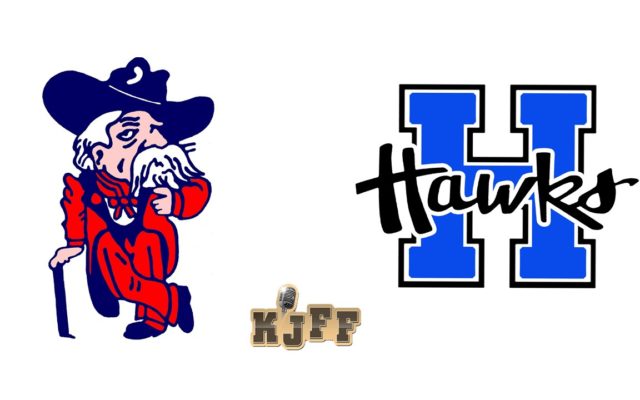 The Hillsboro Hawks held off a valiant effort by the Central Rebels and took home a 72-71 Senior Night win Friday evening.

The Hawks turned an 8-point first-quarter deficit into a 42-34 lead at halftime, but the Rebels rallied and manged to regain the lead halfway through the fourth quarter.

But on Senior Night, senior guard Mark Moore stepped up with the shot of the night for Hillsboro.

Moore knocked down 4 straight free throws at the end of the game as well to negate back-to-back three pointers from Central’s Breven McMullen.
McMullen scored 22 points, but Moore finished with a game-high 25 points to earn Applebee’s Player of the Game.
Hawks head coach Dan Johnson says Moore shines brightest under the brightest lights.
While the Rebels fall to 19-5, Hillsboro wins its sixth straight to improve to 20-4.
The Hawks are back in action Monday against Union, while Central travels to Cape Central Tuesday.
To hear the full game broadcast of Central-Hillsboro, click play below.
Connect With Us Listen To Us On