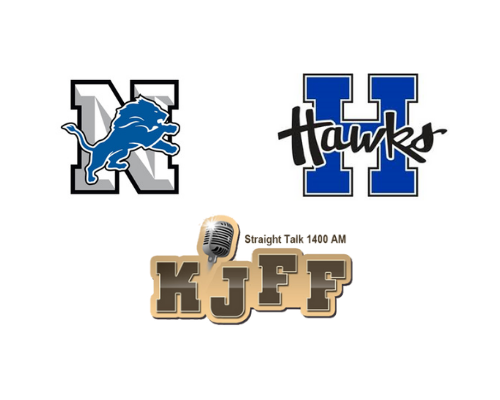 (Hillsboro) A new season of Jefferson County Friday Night Football kicks off Friday on KJFF when the Hillsboro Hawks host the Northwest Lions.

Hillsboro is coming off a 5-5 season last year, but they boast one of the most dynamic duos of any offense in the area.

Juniors Jaxin Patterson and Austin Romaine have already combined to gain over 3,800 yards from scrimmage and score 41 touchdowns in their careers.

Hawks head coach Bill Sucharski says the tandem is going to get even better thanks to an emphasis on putting more power in their game.

Where Hillsboro needs to take a step forward as a team is on defense.

The Hawks gave up 31 points per game last season, including a 37-27 loss at Northwest.

Sucharski says getting stops in Week One will depend on slowing down the Lions’ passing game.

Northwest is coming off one of their best seasons in over 2 decades.

The Lions went unbeaten in conference play and won their most games since 1997 during a 6-4 campaign.

But most of that roster is seniors now graduated, and former head coach Nick Hoth is returning to take over the program again.

Hoth says he thinks this year’s veterans are ready to step up.

Northwest will play a physical style of football this season, leaning on junior running back Chase Viehland and the experience they have at the line of scrimmage.

But Hoth says he sees a lot of that style in Hillsboro, and that means the little things will determine a winner.

The burgeoning rivalry between the Hawks and the Lions is even at 2 wins a piece.

Hillsboro hosts Northwest in the season debut of Jefferson County Friday Night Football Friday evening starting at 6 on AM 1400 KJFF.