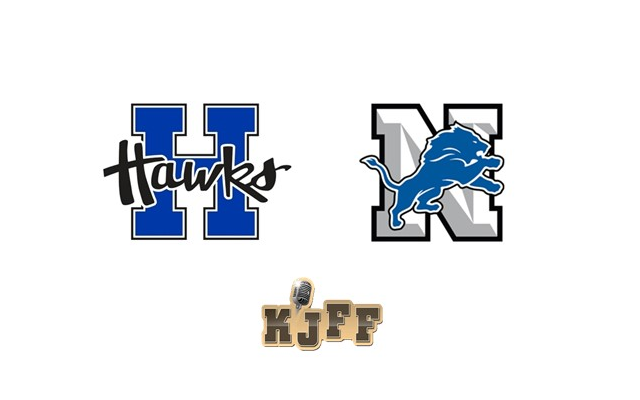 (Cedar Hill) Football is finally back in Jefferson County, and among the many intriguing matchups on high school gridirons Friday is a showdown in Cedar Hill.

The Hillsboro Hawks, fresh off winning a co-conference championship in 2019, take on the Class 6 Northwest Lions on KJFF.

Now, they’ll start 2020 in a non-conference showdown, which will serve as the debut of new head coach Bil Sucharski.

Sucharski, a former Hillsboro player and assistant coach, says getting a chance to lead his alma mater is thrilling, but he’s focused on his team first.

The Hawks bring back one of the most dynamic young running backs in Jefferson County in sophomore Jaxin Patterson.

Patterson burst on to the scene as a freshman and made the Regional Radio Dream Team with over 1,300 rushing yards and 14 touchdowns.

But Sucharski says he thinks he has a deep pool of impact players on offense.

Northwest is hoping for a similar fast start to the one they got last season, when they won their first 4 games of 2019.

Head coach Corey Toenjes says, even with a pandemic, he still likes his team’s preseason preparations.

The Lions have a talented sophomore running back of their own.

Chase Viehland returns after leading the team with more than 640 yards on the ground, and senior fullback Jeffrey Hughes is back as well after scoring 4 TDs in 2019.

But senior defensive end Johnny Daffron could be the Lions’ brightest star, and Toenjes says that’s thanks to freakish athletic ability.

Coverage starts Friday evening with the Flieg’s Equipment Pregame Show at 6 leading up to kickoff at 7 on AM 1400 KJFF.

You can hear interviews with both head coaches as part of the Menard’s Pigskin Preview by clicking the link.