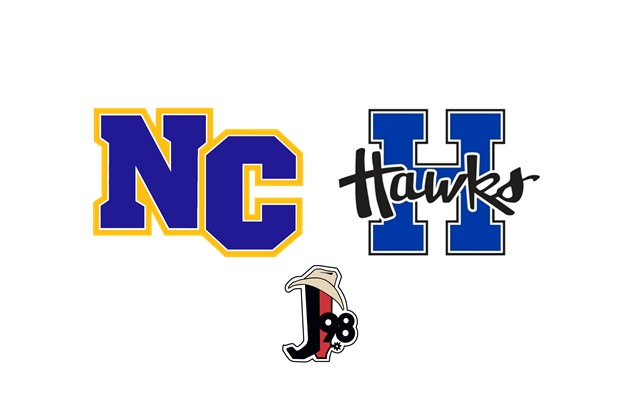 (Hillsboro) Stout defense and 21 unanswered points in the second half propelled the Hillsboro Hawks over North County 31-10 in the J98 Game of the Week.

After forcing a turnover on downs, Hillsboro fumbled the ball away on their first offensive snap and North County recovered at the Hawks’ 29 yard line. Hillsboro held the Raiders to a field goal opportunity that was missed by Grant Mullins.

On their second drive, sophomore quarterback Preston Brown ran it 80 yards on two carries to setup a 2nd and goal from the 4-yard line.

Grant Mullins got a second chance with a 25-yard field goal attempt that went through the uprights with 7 minutes to go in the half.

The Raiders eventually blocked a punt that gave North County a fresh set of downs from the Hillsboro 8-yard line, but the Hawks defense forced the Raiders to kick another field goal. Junior Dalton Ross blocked the kick.

North County got the ball back after forcing a punt and took advantage of plus field position just before the half.

Brown found senior Chase Sucharski for a 33-yard gain with six seconds to go that led to a Nick Marchetti 37-yard field goal to tie the game at 10 going into the break.

Hillsboro received the second half kickoff and gave it to Austin Romaine on the first play.

The Raiders were given opportunities to score with great field position throughout the game, but Hillsboro’s defense rose to the occasion. North County averaged 1.7 yards-per-carry on 32 attempts and Jobe Smith was limited to 35 yards on 18 carries.

Hillsboro’s Preston Brown out-rushed the Raiders on his own.

Senior Payton Brown added a 31 yard rushing touchdown in the fourth quarter. His younger brother, Preston, was the Applebee’s of Farmington Player of the Game with 112 yards rushing and a score while completing three passes in key spots for 50 yards.

Hillsboro stays undefeated at 4-0 and will face Festus next Friday. North County moves to 3-1 and will play Battle next week.