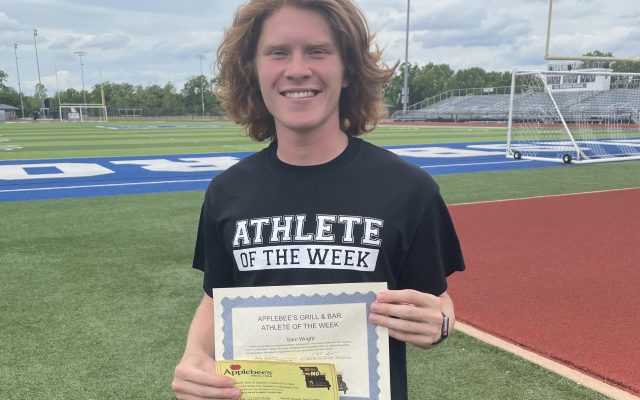 He can now also call himself the Applebee’s of Farmington Athlete of the Week.

Wright won district titles in all 4 of his events at the Class 4 District 2 championships Saturday on his home track.

After losing all of last season to the pandemic, he says it’s gratifying to reap the rewards of the grind.

But despite some differences, Wright says his training is similar for all the races.

But there is a chance to win more hardware at the Class 2 state sectionals in Park Hills this Saturday, with a chance to move on to state.

Wright added to winning all 4 of those events at the JCAA conference championships earlier this season.

To hear the full interview with Sam Wright, click play below.