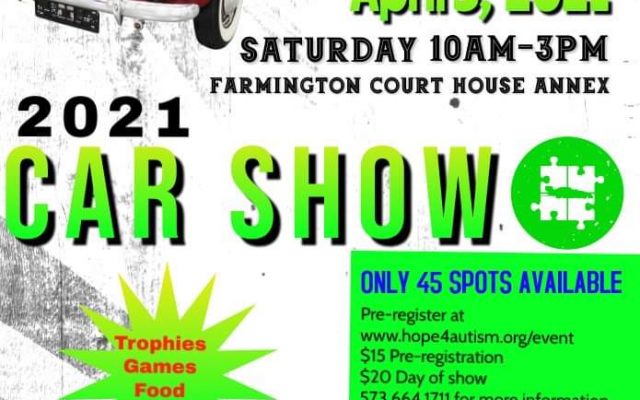 (Farmington) April is World Autism Month. Jessica Harmon and Luann Honerkamp are the founders of Visions of Hope and Hope for Autism in Farmington. Harmon says they have two big events coming up in April to raise money to support their cause.

Honerkamp says the other event is Autos for Autism on April 17th in Bonne Terre.

Light It Up for Autism and the car show will both take place in Farmington. For more information, you can stop by the Dress to Impress Boutique in downtown Farmington. Hear more about both events below.