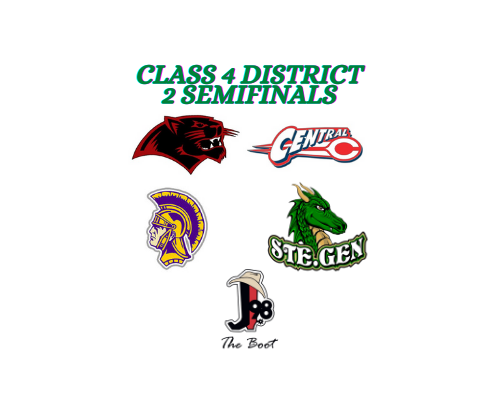 (Ste. Genevieve) J98 will be at Ste. Genevieve High School on Monday for the Class 4 District 2 boys semifinals.

First up is top-seeded Central battling the five-seed Herculaneum Blackcats. The 17-5 Rebels have played just once in the last 16 days, losing to a tough Cape Central team 76-58 last week. Herculaneum is in the midst of their best season in 37 years. The Blackcats are 17-8 after beating Fredericktown in the first round Saturday night by a score of 68-57.

Following that are the host and two-seed Dragons facing three-seed Potosi. Ste. Gen’s 19 wins are the most in the Rob Coleman era dating 15 years. The 14-11 Trojans have played Ste. Gen twice already this season, losing both games in the span of one week. Potosi beat Hancock Saturday evening 88-35 in the quarterfinals.

The Fliegs Equipment Pregame Show begins at 4:45 Monday afternoon on J98 and streaming online at MyMoInfo.com.