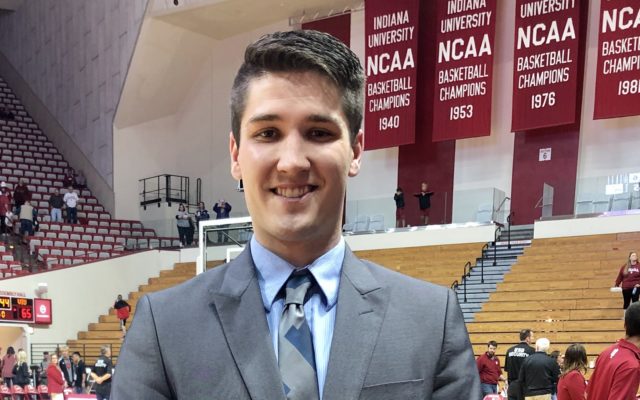 Jacob Vinson joined the Regional Radio team in January of 2020 fresh off graduation from Indiana University.

He is originally from a small town in northeast Indiana named Roanoke.

Throughout his time at Indiana University he called 9 different athletic events including men’s soccer, football, men’s basketball and the Little 500. Vinson called games on both WIUX, the school’s radio station, and BTN Student U, a streaming service hosted by the Big Ten Network.

Vinson jumped at the opportunity to join the Regional Radio team in Farmington as soon as he saw the application posted knowing he’d get great experience and call some terrific high school sports. He played and lettered in three different sports in high school and understands the time and effort both players and coaches put into their craft and hopes to bring that passion through the airwaves.