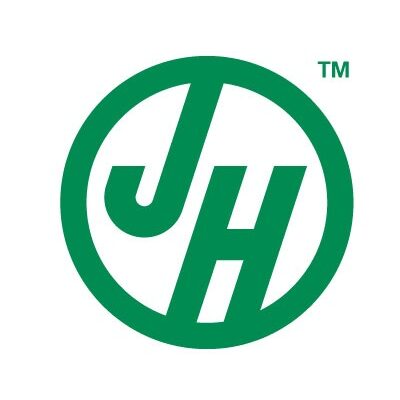 (Crystal City) After a lot of speculation, Project Redbird was officially announced at Crystal City city hall today (Thursday). During the economic announcement, it was shared that James Hardie manufacturing will be building a plant in Crystal City on the Festus airport property and the neighboring properties. Mackenzie Smith Ledet is the Director of Government Relations for James Hardie. She made the official announcement in front of a large crowd.

Smith Ledet gave a description of what they do.

Crystal City will become the next in line for a manufacturing facility.

Smith Ledet says James Hardie prides itself on being a great community partner.

Missouri Governor Mike Parson was on hand for the announcement. He says James Hardie coming to the state is just another great example of where the state has been moving towards.

Goodwin Brothers Construction out of St. Louis will handle the building of the James Hardie manufacturing facility and will break ground on the 1.25 million square foot facility in April of next year, with the construction to be completed in 2025. 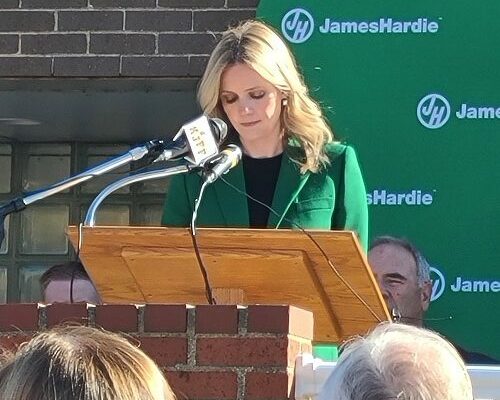 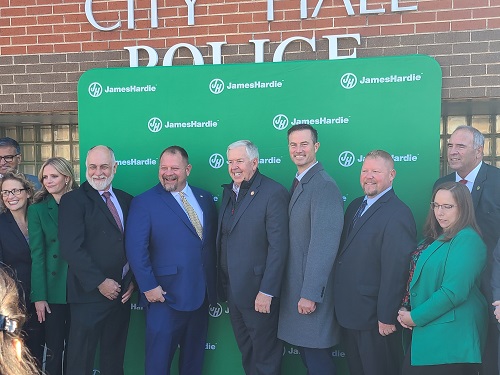 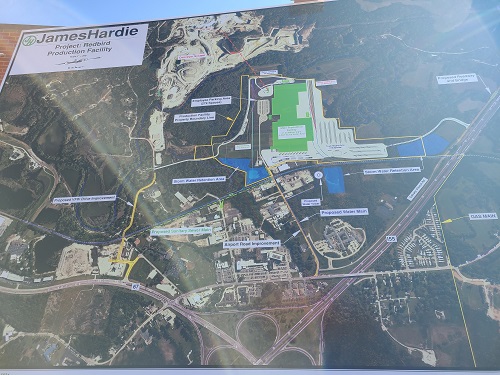