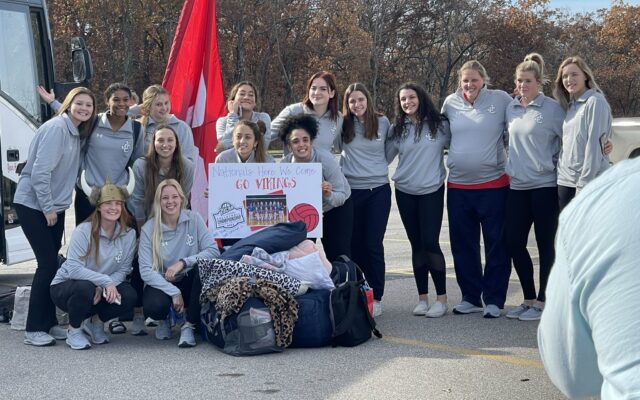 (Hillsboro) The Jefferson College Vikings found their groove at just the right time, and it’s resulted in a magical postseason run.

JeffCo might be just 17-16, but the Vikings have found themselves in the NJCAA Division I national tournament starting Thursday in Hutchinson, Kansas.

Jefferson bounced back from a loss in the Region 16 championship game to West Plains by winning both of their Midwest A District matches.

The Vikings defeated Vincennes in 4 sets and then won a 5-set thriller to upset defending national champion Iowa Western.

JeffCo enters nationals as the #14 seed and will face Miami Dade in the first round.

You can find a link to stream the game by clicking here.