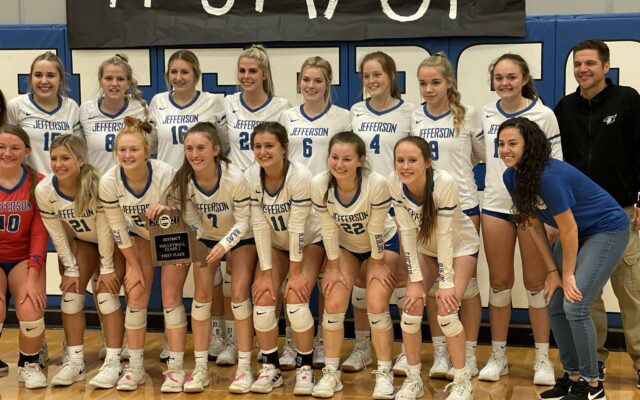 Jefferson defeated the Grandview Eagles in straight sets in the Class 2 District 4 title game on KJFF.

The Blue Jays came out firing, winning the first set 25-8 behind some solid serving from junior Maclayne McPeters.

Jefferson won the second set 25-13, and McPeters continued to make plays as the Jays made it a clean sweep with a 25-14 win in the third.

McPeters was our Applebee’s of Farmington Player of the Game.

Blue Jays head coach Tara Fish says the program’s first district title since 2014 is a product of their depth.

McPeters says chemistry is key to the Jays’ success.

Ranked third in the state in Class 2, Jefferson continues to build on its single-season record for wins by improving to 30-6-1.

The Blue Jays will play either Woodland or Saxony Lutheran in the state sectionals Thursday night.