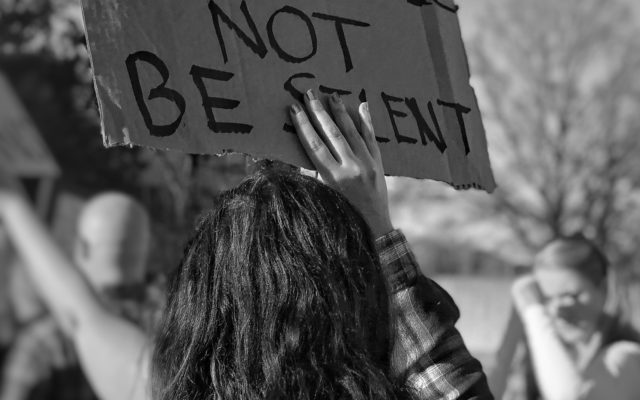 (Jefferson County) Hundred of protesters lined the streets nationwide over the weekend, rallying against the death of George Floyd, a Minnesota man who died while in Minneapolis Police custody.

Peaceful protests during the day turned violent overnight in Kansas City and the St. Louis area as protesters began vandalizing buildings, especially in the Ferguson area, including the city’s police and fire department’s.

St. Louis County authorities say a total of 7 officers suffered minor injuries and at least 11 police and fire vehicles were damaged by items thrown by protesters over the weekend.

He says deputies have been keeping a close eye on the events unfolding in St. Louis County.

We asked Bissell how deputies plan to handle any protests in Jefferson County.

Derek Chauvin, the fired Minneapolis Police Officer who is accused of pinning Floyd to the ground by pressing his knee into Floyd’s neck for about eight minutes, has been charged by Minnesota State Prosecutors with 3rd Degree Murder and 2nd Degree Manslaughter in Floyd’s death.

Chauvin is now in custody at the Oak Park Heights prison, which is a maximum-security facility in the state.