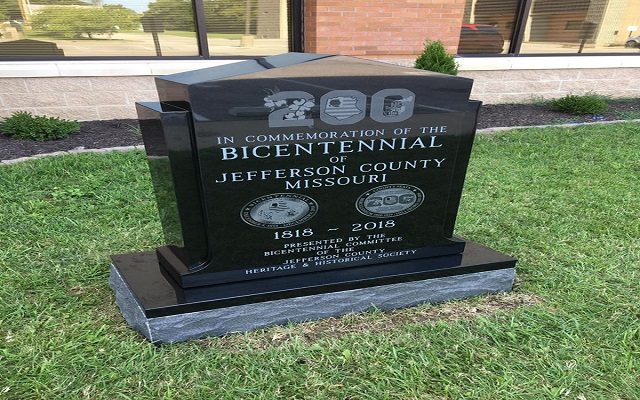 Bernard Laiben is the President of the Jefferson County Historical Society. He says the monument was placed in front of the county administration building off Maple Street in Hillsboro.

Laiben says initially they were planning on having a celebration ceremony and dedication of the stones arrival; however, due to the coronavirus that is not possible at this time.