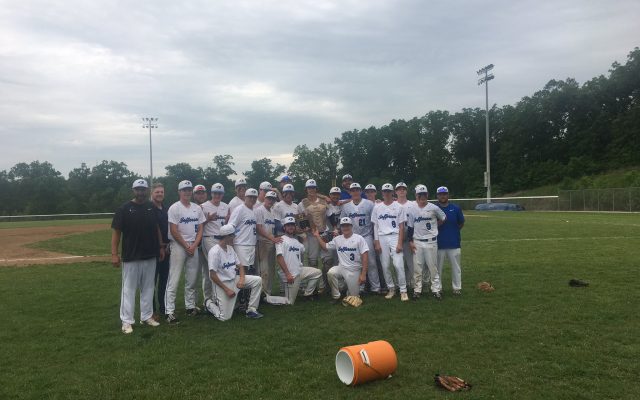 (Benton) The Jefferson Blue Jays are heading to the baseball state Final 4.

Jefferson continued a historic season by beating fourth-ranked Kelly 9-4 in the Class 3 quarterfinals Friday on KJFF.

The Blue Jays came out charging out of the gates, scoring 4 runs in the first inning.

That included the Gilster Mary Lee Drive of the Game from senior shortstop Colby Ott.

But Jefferson kept on rolling after the fast start, with senior pitcher Daylen Whitener getting in on the hit parade.

Along with his home run, double, and 3 RBI, Whitener got the win on the mound, pitching the first 4 innings.

Colby Ott shut the door over the last 9 outs to seal another piece of history.

Jefferson adds to its first-ever district title in baseball with its 15th win in the last 18 games.

Whitener was the Applebee’s of Farmington Player of the Game.

He said his fellow seniors believed they were going to do something special, even after a slow start to the season.

Jefferson is now 17-8 and will play in the Class 3 state semifinals Wednesday in Ozark.

The Blue Jays will face St. Pius of Kansas City.