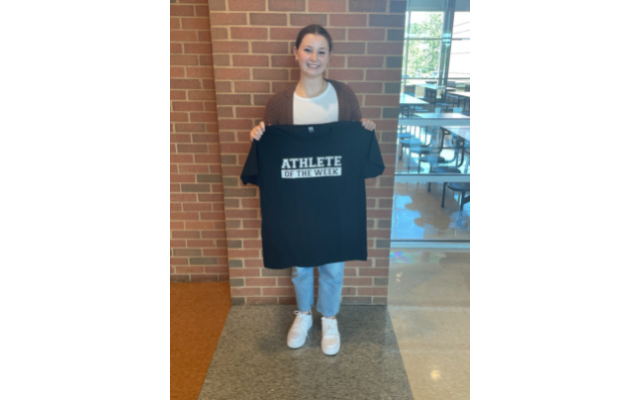 (Jefferson) Blue Jays volleyball senior Paige Siebert is the Regional Radio Athlete of the Week. Siebert crossed the 2,000 assist mark for her career last week while helping the Blue Jays capture the championship at the Seckman Tournament.

She was not aware of reaching that milestone.

The top seed at the Seckman Tournament, Jefferson won every set going into the semifinals. That’s when Perryville gave them a scare.

Jefferson is 15-3-1 on the season with a senior class of seven girls leading the way.

Siebert tells us what her coach, Tara Fish, does a good job of.

As Athlete of the Week, Seibert received a t-shirt, certificate and a coupon for a free entrée at Applebee’s in Farmington.