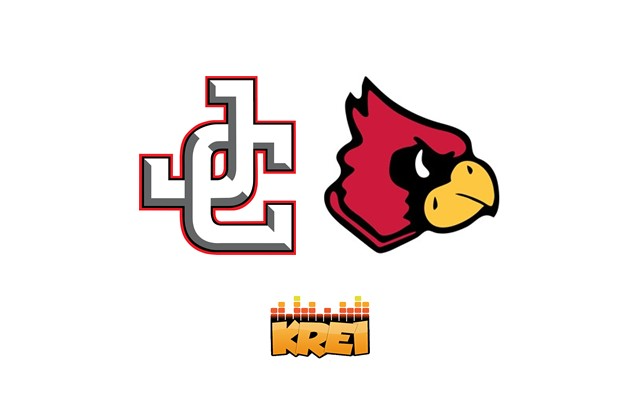 Kicking off with the thrilling women’s game at high noon, the Cardinals found themselves with a steady 1-0 lead early on, but only to be harshly countered with a sudden surge of offense powered by the Jefferson Offense.

A contest such as this one could only come down to one team checking into the heartbreak hotel. In a game that featured just a single lead change, the lead change at the 3-3 mark late in the second half, was ultimately the difference, as Jefferson took the lead.

Final Score for game one of the two game doubleheader on the women’s side featured the Vikings downing the Cardinals by a final score of 4-3.

Although goals came at a premium early on in game two of the doubleheader featuring the debut of the Mineral Area College men’s soccer team against Jefferson College, the Vikings soon found their groove. Jefferson Sophomore Defenseman Nathan Hunter flashed offensive brilliance, scoring two goals, both on Viking set pieces.

In fact, all three Viking goals came courtesy of Viking defenseman as Daniel Miranda tallied the first goal of the contest. Jefferson would go onto shut out the Cardinals by a final score of 3-0.