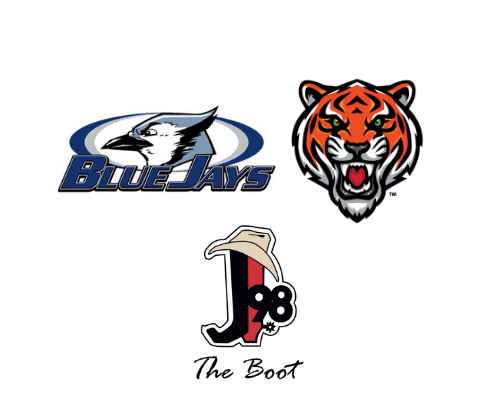 (Piedmont) For the first time, the Jefferson Blue Jays have punched their ticket to the volleyball Final 4.

Jefferson defeated the Clearwater Tigers in straight sets Saturday in the Class 2 state quarterfinals on J98.

The third-ranked Blue Jays never trailed in the match, winning each of the first 2 sets 25-17.

efferson was powered by a big game for star junior outside hitter Kristyn Loyd.

Loyd finished with 17 kills and 2 aces to earn the Applebee’s of Farmington Player of the Game.

The Blue Jays pulled away in the third set, scoring the last 5 points to win it 25-9.

But even in a sweep, Blue Jays head coach Tara Fish says her players are holding themselves to a high standard.

Loyd says she and her teammates hold each other accountable to be the best.

While Clearwater’s season ends with a record of 11-22-3, Jefferson moves on to the Class 2 state semifinals Friday in Cape Girardeau.

The Blue Jays will face Hermann for a spot in the state championship match.