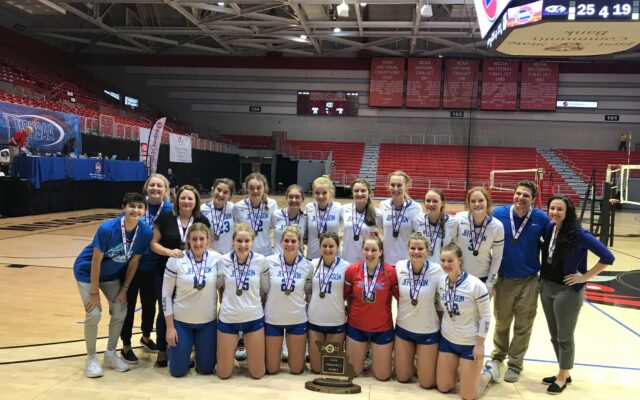 (Cape Girardeau) The Jefferson volleyball team are the Class Two state champions. Jefferson defeated Hermann in four sets on J98 to take the crown at the Show Me Center in Cape Girardeau.

The Blue Jays found themselves trailing in the second by two points but they rallied to even up the match at one set apiece.

The third set was a nailbater that saw Jefferson take it, 25-22.

The Blue Jays controlled the fourth set en route to the program’s first ever state championship.

During the postgame show, Jefferson coach Tara Fish told us what changed when her team was trailing in that second set.