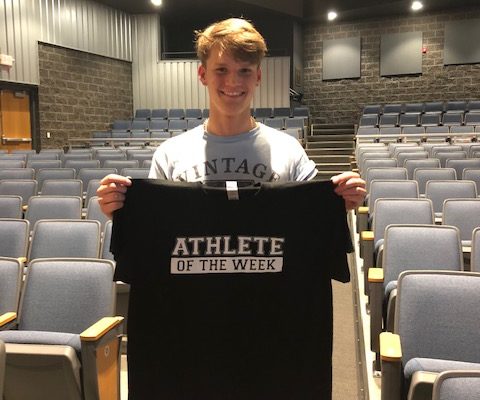 There are lots of talented athletes playing football for the Jefferson Bluejays this season.

But Will Breeze was the biggest star in Week 1 of the new season, and now he’s the Applebee’s of Farmington Athlete of the Week.

Breeze had 2 touchdown catches on offense, intercepted a pass on defense and hit on four of 5 extra-point kick attempts on special teams.

But he says he wasn’t necessarily expecting to be so busy Friday night.

But Breeze was at his best in the Bluejays’ 41-6 win over Fredericktown, finishing with 3 receptions for 104 yards as a receiver to go with his play on defense and kicking.

He says his teammates also played very well, something they’ve been working towards all summer.

So, even with one of his best individual games of his career coming in his first game back from injury, Breeze also wants to praise his fellow Jays.

As Athlete of the Week, Breeze receives a T-shirt, a certificate and a coupon good for an entree at Applebee’s in Farmington.

To hear the full interview with Will Breeze, click play below.