Jett Bridges Named Applebee’s of Farmington Athlete of the Week 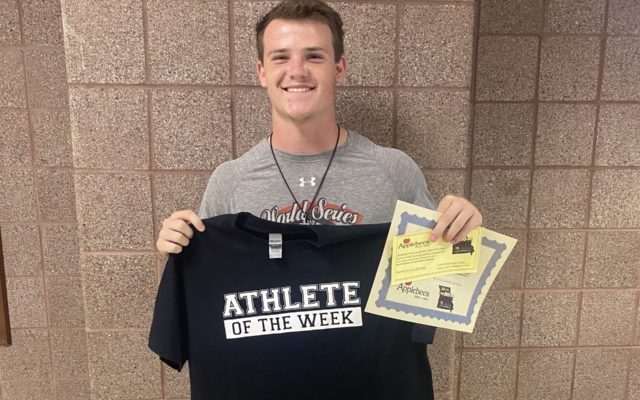 (Park Hills) Another Central Rebel is our Applebee’s of Farmington Athlete of the Week this week. Jett Bridges broke a single-game school record with 419 passing yards and didn’t even play a full game (let alone a full half) being pulled halfway through the second quarter in a 61-0 victory of Fredericktown Friday night.

Bridges has thrown for 1,726 yards and 19 touchdowns with a QBR of 168.68 this season. He leads a team that puts up 55.8 points per game and dynamic offense with skilled playmakers all around. Bridges says it’s the chemistry he has with his guys that leads to such an explosive offense.

The Bridges name is rooted deep into Rebel’s history, as former QB and older brother Jake Bridges has his own name in the Central record book. There’s a little sibling rivalry and Jett looks to beat those records.

Jett didn’t quite catch up to Jake as he was one touchdown shy of tieing the school record last week. This record-shattering Central team is 6-1 on the season and sits at the top of Class 3 District 1. Bridges says his guys are locking in for these final weeks of the season.

Central will be back in action Friday night against University City and will close the season next Friday against Farmington on KREI.