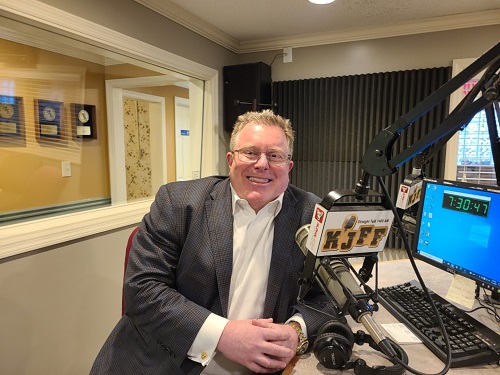 (Hillsboro) A little over a week ago, Jefferson County Judge Edward Page was appointed by Governor Mike Parson to the open position of Division 2 Circuit Judge in the 23rd Judicial Circuit. The position was vacated after the appointment of Judge Darrell Missey to Director of Children’s Division in January. Judge Page had spent the past five years as the Associate Judge in Division 11. He says he took some time before deciding to apply for the position.

Page says he will soon find out what types of cases he will handle in Division 2.

Page will fill the Circuit Judge term until it comes up for election in 2026.

Now there is the process of filling the remaining term of Associate Judge of Division 11, which again Governor Parson will make an appointment in the near future. One of those individuals that have applied to be considered is current Jefferson County Counselor Wes Yates. Yates says he has the prior experience.

Whoever is appointed to fill the Associate Circuit Judge position will have to run for reelection later this year as that four-year term will be ending.