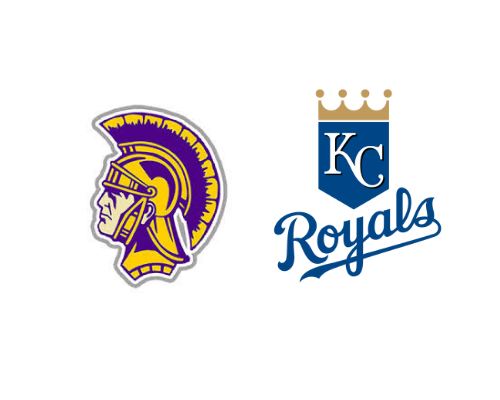 (Kansas City) The Kansas City Royals are having a slow start to their baseball season but not the Royals’ rookie relief pitcher from Washington County.

The Royals are 5-9, in last place in their division, but only 2 games out of first place.

They have lost 4 in a row, including being swept in a 3-game weekend series in Seattle.

But Potosi graduate Dylan Coleman kept the Royals in an extra inning game on Sunday.

He pitched a scoreless 11th inning but the Royals fell to the Mariners 5 to 4 in 12 innings after Coleman was replaced.

Coleman and another rookie reliever seem to be getting a little praise from their Manager Mike Matheny.

Dylan Coleman has pitched in 8 of the Royals 14 games so far.

His lone run was a home run given up Sunday night in a 13 to 7 loss to Seattle.

Coleman and the Royals play three in Chicago against the White Sox starting Tuesday night.

The former Potosi Trojan will then get his first taste of the Big Apple and Yankee Stadium for a three game weekend set against the Yankees.

You can see Coleman up close next week.

The Royals play a makeup game in St. Louis next Monday afternoon.

The Royals will then host the Red Birds for two games next Tuesday night and Wednesday night at Kauffman Stadium.