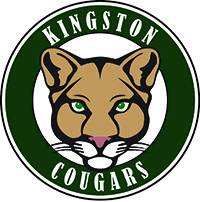 (Cadet) After breaking a multitude of records at Kingston, basketball standout Madison Nelson is on the Regional Radio Dream Team for the second straight year. Nelson averaged 29 ppg this season and became the MAAA’s 3rd all-time leading scorer.

Nelson finished her career with a school-record 2,432 points. 50 of those (another school record) came in a 63-40 win over Jefferson this past November.

Before Nelson joined the team as a freshman the Cougars won just 17 games over a ten year period. Over the last four years, Kingston won 45 games and had back-to-back winning seasons. Exceptional a scorer as she is, Nelson understands that her ability to put the ball in the hoop created opportunities for others.

Nelson was a complete player for the Cougars. She held per-game averages of 3.5 assists, 8 rebounds, 4.5 steals and 2.5 blocks this season. Nelson says growing up with her brother Matthew, a member of the Boys Basketball Dream Team, helped form her well-rounded game.

Madison and Matthew will continue to help out each other’s games because they’re both continuing their basketball careers at Fontbonne University in St. Louis.

Nelson is an all-state player and the Class 3 District 3 Player of the Year. Kingston finished this season with a record of 13-12.