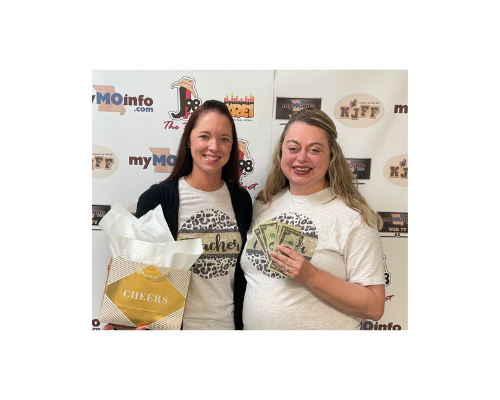 (St. Francois County) The winner of our Deuces Wild giveaway on Regional Radio is Lindsey Davies, a teacher at Trojan Intermediate School in Potosi. Davies’ name was randomly drawn out of hundreds of entries in the promotion on MyMoInfo.com. Davies tells us how she found out she won.

Jennifer Harman is the one who nominated Davies for the prize and is also a teacher at Trojan Intermediate School. Harman tells us why she nominated her teaching partner.

The prize package includes $222 in two dollar bills to spend in her classroom and 22 tickets to see Brad Paisley in concert at Chaifetz Arena in St. Louis on April 23rd. Davies is still deciding on how to spend the money and who to bring to the concert.