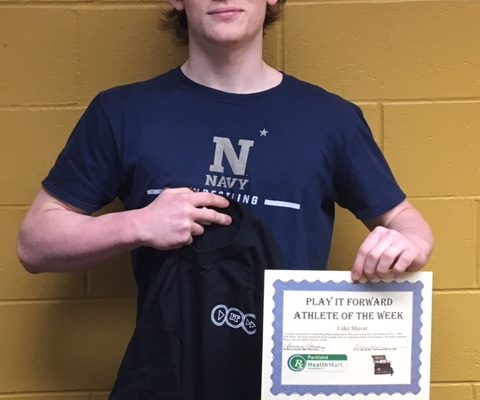 Shaver picked up 4 wins in the tournament, all by pin, en route to being champ in the 170-pound weight division. Shaver wrestled a two-time state medalist from Blair Oaks in the title match and walks us through his winning moment.

Shaver says that it definitely feels good to have won that tournament and this award.

Shaver last week also won a pair of Jefferson County Conference dual matches over kids from Windsor and Herculaneum to bring his record to 6-0.

With Luke winning athlete of the week, the Parkland Health Mart Pharmacy will make a $25 donation in Luke’s name to the Alzheimer’s Association. Luke Shaver has received a Play It Forward t-shirt and certificate.