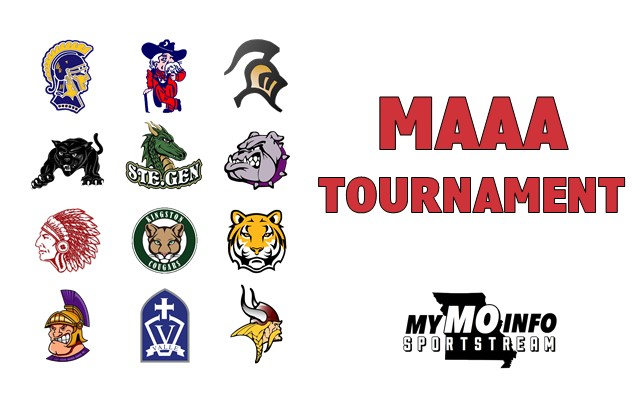 (Park Hills) The MAAA Tournament starts today after the weather caused cancellations yesterday. The quarterfinals get underway on the MyMoInfo SportStream from the T.J. Foulon Field House on the campus of the Central Rebels.

The first game of the day is a matchup on the girls’ side between #1 Ste. Genevieve and #8 Fredericktown.

Ste. Gen has won six straight against Fredericktown including a 64-39 victory back on January 21st.

The Lady Dragons will be seeing their first action of the tournament after a first-round bye while the Lady Blackcats are coming off a convincing 54-24 win over Kingston on Saturday.

Fredericktown head coach Scott Davis says the Dragons’ length can be difficult to crack and his team will need to be confident with the ball.

The second quarterfinal is another girls matchup between #4 West County and #5 Farmington.

These two have not met since the conference tournament two years ago when the Lady Bulldogs pulled off a 39-33 win.

West County earned a first-round bye as a top-four seed, but Farmington comes in riding some momentum after a 60-6 win over Bismarck on Saturday.

The final game of the day is the lone boys’ quarterfinal as #1 North County takes on #8 Fredericktown.

The Raiders have won 13-straight against the Blackcats including a 73-35 win back on January 8th.

As the top dog, North County earned a first-round bye while Fredericktown had to grind out a 49-44 win over West County on Saturday.

Coverage of the MAAA Tournament Quarterfinals begins at 3:45 this afternoon on the MyMoInfo SportStream.