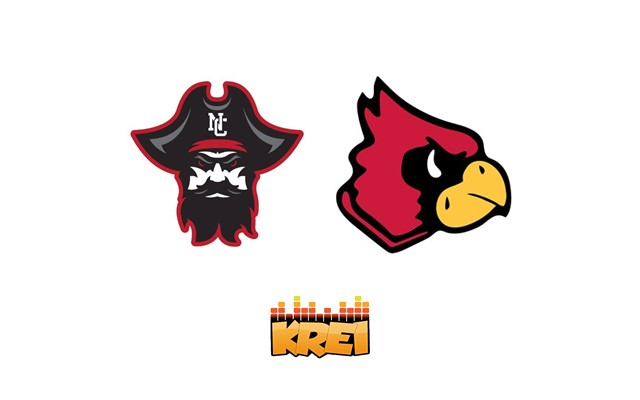 The Mineral Area College Cardinals swept North Central Tuesday at the Bob Sechrest Fieldhouse in Park Hills on KREI. The Ladies won 72-64 and the men doubled it up 91-65.

The MAC Ladies improve to 2-0 behind 25 points from point guard Jayla Sample. MAC took a 12 point lead in the first half, but saw that slip away with a 21-5 second half run from the Pirates. Sample led the way back…

And the Cardinals never trailed again. Coach Briley Palmer says the Pirates made them earn it…

Quincy Erikson played a strong first half with 10 points and finished with 12.
Kortlyn Rounkles scored 18 for the Pirates who are ranked 16th in NJCAA Division Two. NCMC falls to 1-2.

Next up for MAC is a trip to Vincennes, Indiana and a rematch with the Trailblazers who they beat in their first game.
Full interview with Briley Palmer

The 19th ranked Cardinal men trailed 20-17 halfway through the first half, but outscored the Pirates 28-11 the rest of the way to halftime and then kept pushing in the second half. Returing starters Terrion Murdix and Malevy Leons led the way with 19 and 18 points respectively…

The Cardinals improve to 3-0 and travel to John Wood Thursday night. North Central, ranked 6th in Division Two, falls to 1-2.