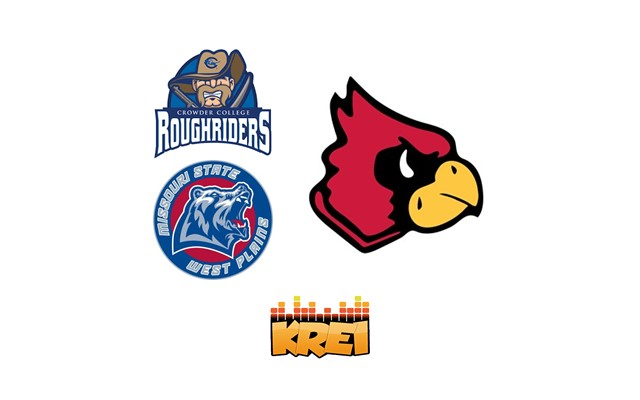 (Park Hills) The Mineral Area College basketball teams were originally scheduled to play a split double header Wednesday on KREI with the men facing West Plains and the women hosting Crowder at the Bob Sechrest Fieldhouse in Park Hills. The MAC men moved up to number three this week in the national rankings and improved to 14-0 with a win over St. Louis Community College.

The Mineral Area College Ladies fell in overtime at Crowder earlier this season. The Cardinals can pass the Roughriders for third in the Region 16 standings with a victory tonight. Coach Briley Palmer says her team has improved since that previous meeting…