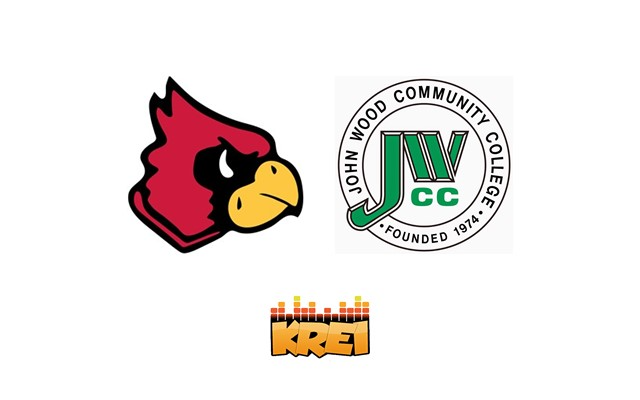 (Quincy, IL) The 19th ranked Mineral Area College men improved to 4-0 with a 86-70 road win at John Wood on KREI. MAC scored 50 in the first half, but allowed 43 by the Blazers. John Wood, ranked #16 in Division Two, stayed in it by going 7 for 10 from three in the first half. The Cardinals pulled away in the second half behind 20 points from point guard Terrion Murdix. Coach Luke Strege wouldn’t trade his point guard for anyone….