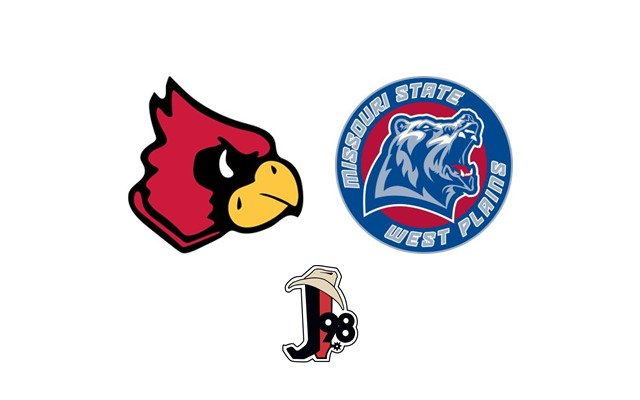 (West Plains) The 2nd ranked Mineral Area Cardinals finished the regular season undefeated at 20-0 with a 90-79 win at West Plains. The Cardinals started out on fire going up 13-2. Malevy Leons scored 15 points in the first seven minutes, outscoring West Plains himself, before going to the bench with two fouls. West Plains came all way back to take the lead in the second half. It was back and forth from there. MAC went on a 20-7 run from the 10:00 mark to 3:3o to go on top by double digits. J.P. Robinson hit three second half threes, two in the run…

Coach Luke Strege is proud of his guys…

The Cardinals will host the semis and championship game of the Region 16 tournament next Friday and Saturday. MAC will play the winner of Three Rivers and State Fair Friday at 5.

The Cardinal women finish the regular season at 9-12 and 7-8 in Region 16 play. They will host a first round tournament game against Jefferson College on April 6th.

The MAC volleyball team fell to West Plains 3-1 in the Region 16 Championship game.