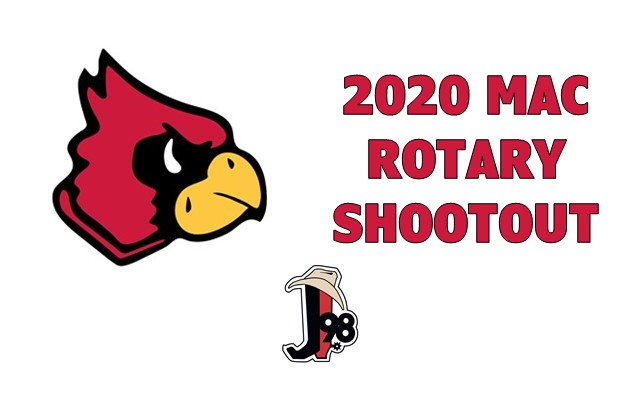 (Park Hills) A full day of hoops on J-98 began with the St. Paul boys falling 54-46 to Winona at the MAC/Rotary Shootout. St. Paul raced to a 24-11 lead midway through the second quarter, but Winona responded with 16-1 run to take the lead. Devontae Minor put the Giants in from heading to the locker room.

St. Paul maintained a modest lead most of the 3rd, but the Wildcats outscored them 17-8 in the 4th.

The second game of the day saw the Potosi boys team blow past West County to earn a 70-34 win. The Trojans put three players in double figures – Landon Bone with 12, Ryker Walton with 17, and our Applebee’s of Farmington Player of the Game Bryce Reed with 15.

Potosi head coach Jackson Conaway says it was a team effort in the win.

With the win, Potosi improves to 5-3 and will be off until December 26th when they meet Farmington in the Central Christmas Tournament. West County falls to 2-2 and will take on Scott City on Monday.

In the third game the Ste. Genevieve Dragon girls ran past Arcadia Valley 82-34. Ste. Gen put on a blitz to start the game.

The Dragons lead ballooned to 13-0 and they continued to extend from there. Coach Jordanna Walk Robison says she got what she was looking for out of her team.

Megan Aubuchon led the way with 22 points. Sydney Baumgardner pitched in 19 and Maci Reynolds had 18. Ste. Gen improves to 2-2.

Gracee Smith scored 19 in the loss. Arcadia Valley falls to 4-3.

Following a break in the action, the Farmington boys took the floor against the Fox Warriors. The Knights knocked em off 69-53. Farmington played consistent basketball winning every quarter. The Knights outscored  Fox by six in the first, six in the second, three in the third, and one point in the fourth. Brant Gray led the effort with 31 points. He hit five threes, but also ran the floor and slashed to the goal.

Brenden Moss and Myles Richardson each scored 17 for the Warriors. Richardson went 13 of 15 from the foul line. Farmington improves to 4-1. Fox falls to 1-6.

The final game was the closest of the day as the North County boys were able to edge out the Gateway Legacy Lions by a final score of 51-48. The Lions led by one at the start of the fourth quarter and it remained close throughout the frame. Still trailing by one late in the quarter, North County got a huge steal in the backcourt from Eric Ruess and Jobe Smith converted an and-one to give the Raiders the momentum they needed.

North County kept Gateway Legacy at an arm’s length the rest of the way to hold on for the win. Raiders head coach Jimmy Palmer says he was proud of his team’s effort but still wants to see them play with more confidence.

The Raiders improve to 6-0 with the win and will be off until Monday the 28th when they take on Perryville in the Central Christmas Tournament. Gateway Legacy falls to 2-2.