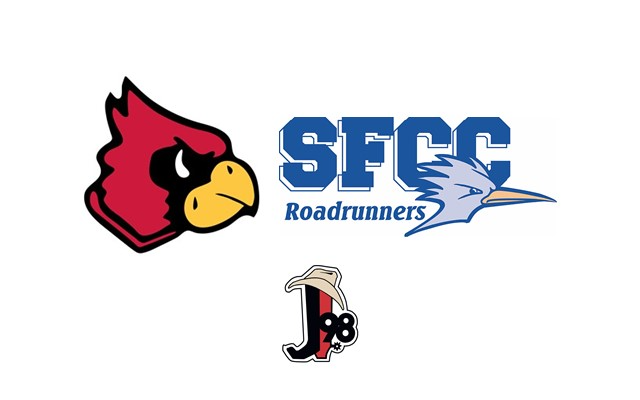 (Sedalia) The Mineral Area College basketball teams swept the Roadrunners on the road at State Fair Saturday on J-98. The MAC men won  69-54 and the MAC women won 83-60.

The MAC men raced out to a 28-11 lead behind ten points apiece from Malevy Leons and Kevin Stone. State Fair responded to cut the lead to seven three times, but the Cardinals pushed the margin to as many as 23 points late in the second half. Terry Ford hit several big shots and scored a career high 16…

Leons led the Cardinals with 19.

The 6th ranked Cardinal men improved to 10-0 on the season.
Full interview with Tim Walsh

The Mineral Area College Ladies started slow as they trailed State Fair at the eight minute mark of the second quarter. MAC went on a 21-3 run to close the half. South Iron freshman Michaela Ayers notched a first half double double with 10 points and 10 rebounds and finished with 14 points and 13 rebounds…..

Next up for the Cardinals is a home double against rival Three Rivers Wednesday night in Park Hills.